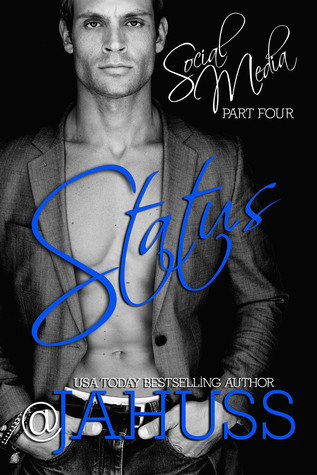 Finally… Grace sees me in a different light. The banter is flirty, the sex is fun, and the future looks fabulous.I just hope she feels the same way when she finds out what I did.

The Secret is Out. Grace’s past is revealed.
(Spoiler Free Review)

“Once upon a time,” he finally says a few moments later, “in a land far, far away… there was a princess. And she was strong and brave and didn’t need a prince to save her…”

This book picks up right from the cliffhanger at the end of Block. Grace is on the run from Vaughn, the media, and her mysterious past.

At the wheel of her getaway vehicle is Kristi, her client and fellow runner. Grace was planning Kristi’s wedding to a football superstar in Vegas when the shit hit the fan… While grace and Kristi are mourning the ashes of their fake almost-lives, all of Grace’s secrets are coming to light… In a very public way…

And as a freakin dedicated non-spoilery reviewer, I’m not sharing those secrets with you here. *evil laugh* You’ll have to read it for yourself.

Quite frankly, this series is shaping up to be hugely entertaining, so you should hop on the Social Media bandwagon anyway! 😉

This was an edge of your seat episode of the series. I thought that the last book had a nasty cliffhanger, but apparently I had no idea how twisted J.A. Huss could be…

God, everything about my life since Asher came into it has been a mess. I’m a mess. This guy is not good for me.

Grace’s carefully concealed past is catching up with her. The paparazzi is chasing her. The media have uncovered everything including her relationship with kinky movie star Vaughn Asher.

I scrub my hands down my face and let out an exhausted sigh. How did my life go from dreams to nightmares in one twenty-four-hour period?

Vaughn watches grace flee from their Las Vegas hotel in a mob of flashbulbs and probing questions from the press.

Grace keeps running and Vaughn keeps chasing after her.

He’s sure that Grace is the perfectly imperfect woman for him. He’s ready to step up and be Prince Charming to her Flawed Princes. He made steps toward showing her how perfect things could be between them, but too much champagne erased those memories from Grace – Including one very important one…

Secrets were definitely a theme of this story…

All of Grace’s dirty laundry gets aired in this installment of the Social Media series… No more waiting and hinting and teasing about her past!

But Grace isn’t the only one…
– Vaughn Asher becomes more charming than I thought he could possibly be,
– Kristi (The Almost Future Mrs. Bolton) drops a bomb,
– Samantha Asher joins Grace in the Media spotlight,
– We learn exactly how much of an asshole Sam’s almost-husband Tray is,
– And something nasty is lurking in the shadows… Watching & waiting…

I’m off to devour the next book now! I can’t wait to see what happens next!