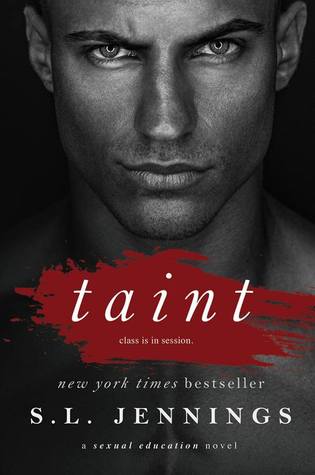 This no-holds barred, sexy New York Times bestseller pushes the envelope like no other novel has as it spins the titillating, enticing tale of one man who teaches women everything they need to know to make their partners happy in the bedroom…while making their own wildest fantasies come true.

Right now, you’re probably asking yourself two things: Who am I? And, what the hell are you doing here? Let’s start with the most obvious question, shall we?

Oh, stop it. Don’t cringe. No one under the age of 80 clutches their pearls. You might as well get used to it, because for the next six weeks, you’re going to hear that word a lot. And you’re going to say it a lot. Go ahead, try it out on your tongue. F*ck. F***ck. Ok, good. Now where were we? If you enrolled yourself in this program then you are wholly aware that you’re a lousy lay. Good for you. Admitting it is half the battle. For those of you that have been sent here by your husband or significant other, dry your tears and get over it. You’ve been given a gift, ladies. The gift of mind-blowing, wall-climbing, multiple-orgasm-inducing sex. You have the opportunity to f*ck like a porn star. And I guarantee, you will when I’m done with you.

And who am I? Well, for the next six weeks, I will be your lover, your teacher, your best friend, and your worst enemy. Your every-f*cking-thing. I’m the one who is going to save your relationship and your sex life.

I am Justice Drake.

And I turn housewives into whores. Now…who’s first?

So I read the blurb on this and immediately I was all:

See, I’m not much of a cover whore… But I will absolutely read a book solely because I am in love with the blurb. S.L. Jennings gets maximum points for the blurb on this one, even if it is slightly misleading.

“I am Justice Drake,” I state smugly without apology. It’s a promise and an omen, gift-wrapped in two little words.

Drake runs and exclusive resort which caters to the richest and most fabulous trophy wives. These women are sent to him by their philandering husbands in the hopes that Drake can turn them into sex kittens.

Justice Drake takes these pampered housewives and teaches them how to walk, talk, dress, and suck dick. He reforms them into sexually confident women capable of keeping their husbands satisfied.

‘Cause it’s not about rekindling romance (in the unlikely event that there was any romance to begin with in their WASPy marriage) No, he turns these women into whores so that their husbands will quit fucking everyone else in town. These women just want to avoid a public scandal.

Justice has the expertise and the gigantic ego needed to believe that he can turn these worthless fickle bitches into high-class sex dolls.

Hey, that’s not my opinion of the women sent to him, it’s his. See, this book is 100% told from Justice Drake’s POV and the fact that it was consistently alpha-male obnoxious was both the best and worst thing about this book.

Needless to say, I spent most of the book doing this:

Sit there and shut, up honey. One of us is a professional. Now, if I need help making a fucking sandwich or getting red wine out of a linen tablecloth, I’ll ask for your opinion. Otherwise, shut those powder-pink lips and look pretty.

Because Justice Drake is one of the biggest self-absorbed assholes I’ve ever read. He has no tact and no empathy toward these women.

He broods, he’s incredibly morose, and if he made one more reference to his mood being like the night sky I was going to beat him over the head with a stack of Emo records.

But here’s the thing… as a reader, you can’t help but like the guy!

S.L. Jennings has created the illusive endearing asshole. You can’t help but root for this Justice Drake (which is a phenomenal name for a character BTW)… Even though you kinda want to punch him in the throat sometimes…

He was born into the affluent lifestyle of his clients, but he fled that world for his desert sanctuary and sex-school.

Oh, and he has a secret…
But I’m sure you’ll figure out what that is WAY before the reveal…

Anyway, all these Alpha-Male asshole stereotypes have to meet that one woman who breaks the mold and seems to be immune to their charms…

She and I are cut from the same cloth – misfits among millionaires. She may have the money and the status, but she’s faking it. She can’t even be honest with herself, and that’s why, as much as she intrigues me, she disgusts me just the same. At least that’s what I tell myself.

Allison is one half of some kind of Kennedy-esque loveless marriage. Her husband Evan keeps getting caught in the tabloids with other women (including her best friend) so Ally was sent to Justice Drake and hopes that she can learn enough to keep her husband’s dick at home, where it belongs.

Years of betrayal in a sexless and sterile marriage have left Allison with very little self-confidence. She is outspoken, goofy, and fairly awkward, so she doesn’t really fin into the wealthy upper-crust she was born into.

Drake does extensive (and invasive) background checks on everyone who comes through the door of his Sex School, but he knows Allison Carr is special…

So let’s break it down:
– There were millions of references to the TV show Friends
– Unresolved Sexual tension was completely off the charts
– Loads and loads of marital infidelity
– Rushed and rather unsatisfying ending
– Fantastic panty-melting erotica
– A completely obvious twist
– Fun playful humor
– Oppressive angst
– Passable romance

Ups and Downs with this one, folks…

I’ll let you decide if you’re up to the challenge. For me, this was entertaining but it didn’t live up to the expectations set forth by the badass book-blurb.

Still a four-star read, but much like Allison, I was expecting serious fireworks 😉

Most known for her starring role in a popular sitcom as a child, S.L. Jennings went on to earn her law degree from Harvard at the young age of 16. While studying for the bar exam and recording her debut hit album, she also won the Nobel Prize for her groundbreaking invention of calorie-free wine. When she isn’t conquering the seas in her yacht or flying her Gulfstream, she likes to spin elaborate webs of lies and has even documented a few of these said falsehoods.

Some of S.L.’s devious lies:
TAINT
FEAR OF FALLING

One thought on “S.L. Jennings – Taint”