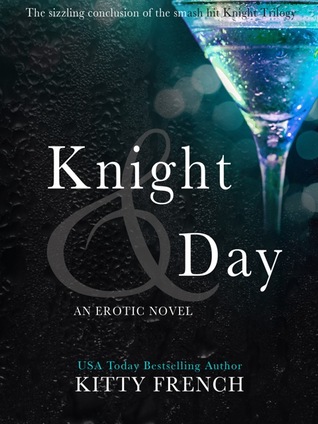 Dylan Day hasn’t told the truth from the moment his plane touched down in Ibiza.

It’s a recipe for disaster.

Lucien and Sophie are back, and have set up camp on the sun-drenched isle of Ibiza for the opening of the latest of Lucien’s strictly adult clubs.

They’re joined for the summer by Sophie’s best friend Kara, and Dylan Day, Lucien’s newly appointed club manager. The laid back, smokin’ hot surf guy from California seems almost too good to be true… but there’s no smoke without fire. It’s going to be a long hot summer of love, lust, lies and wedding bells. But who will get their happy ever after?

I’m going to be brutally honest here… I feel that Book Three is kind of superfluous… This is my personal opinion, you’re welcome to disagree, and I’m not going to try to dissuade you from reading the book…

“You like things that are bad for you, English.”
“It’s my downfall. I like sugar. I like fast cars. I like sexy men.” She licked sugar residue from her fingers, and Dylan’s body reacted with interest.
“I let myself have the sugar. And the cars.”
“Two out of three ain’t bad.”

So what do we have with Book Three in the Knight Trilogy?

1. Kitty French’s ability to make me care about a character.
I LOVED Dylan Day & his mysterious backstory…

2. The sassy mouth of Kara.
She was silly and spunky, had a lot of quotable moments throughout the book.

3. The setting – The island of Ibiza.
Ibiza was as much a character in this story as Kara, Dylan, Sophie, & Lucien

“Lying with you beneath the northern lights, or here beneath the Spanish sun… you’re my Viking and my sunshine.” The tears ran unchecked down her cheeks now. “You’re my hero’ Lucien Knight.”

She made his heart ache.
He made her heart break.
“Go home Kara. Go home and be happy, because you deserve to be more than anyone else I know. Go home knowing that I truly fucking loved you. You didn’t get it wrong. I didn’t fool you, and the next man who loves you won’t automatically be lying to you. He’ll be the luckiest guy in the world. Don’t run away from love because of what I did. I lied about many things, but never once about how I felt about you.
…
Go home knowing I love your huge fucking heart, and your laugh, and the way you do everything full throttle even though there’s every chance you’ll break your neck. I’m not going to ask you to stay. Not because I don’t want you, or because I don’t love you, or because I don’t need you. I do. I love you, and I want you, and I need you so much it hurts to wake up in the morning without you.” His voice cracked. “Let that be my liar’s penance.”

What kept me from LOVING this book?

It had its moments, really and truly…

2. The spacing was just awful to the the point of distraction. Kitty French gives us the benefit of all four main characters POVs with out any marker for change between characters. With the poor spacing and lack of delineation between POVs I found myself in the wrong character’s head on multiple occasions.

This book isn’t a complete loss…
It just wasn’t what I wanted / was expecting for the end of a Trilogy.