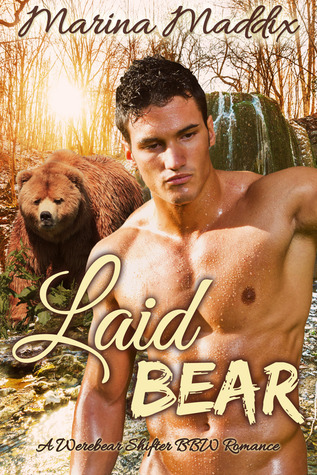 Curvy girl Bethany Mills can’t believe her good fortune when her new neighbor turns out to be devastatingly hot. But someone that gorgeous could never fall for someone like her…could he? A charming personality and appreciation for sappy music aren’t the only things Maximilian Pearce is hiding, and just when Bethany thinks she might get her very own happily ever after, a shocking revelation forces her to make a heartbreaking choice.

I read this book as part of the Shifter Romance Boxed Set It was a quick read, your standard M/F Paranormal shape-shifter romance. It was nice, but ultimately it was nothing special…

Bethany is kind of awkward – she’s a tall curvy girl, and doesn’t have a very high opinion of herself through the first half of the book. I was getting a little peeved by the self-loathing she surrounded herself with, so I’m glad her friend Paul stepped in to talk some sense into her:

“You’ve got all this going on, yet you settle for the shittiest of shittheads. You practically beg them to treat you badly and then are surprised when they do. It’s not that you only attract assholes, but for some reason you think those are the only guys who could possibly be attracted to you. It’s not true and you need to get over that.”

But she’s got a quirky sense of humor, so that was nice

She’d grown up with three older brothers who taught her how to be tough… on the outside. Inside, she was as soft as her ample ass.

So a new neighbor moves in next door, Max. And obviously he’s super, extra, want-to-lick-him attractive. And shirtless, because aren’t they all?

She had – hands down – the BEST reaction to discovering a shape shifter I think Ive ever read… Partily because it seems reasonable (she even mentions that she nearly wet herself) and mostly because it was amusing as hell!

“What the fuck was that?” she whispered. Her brain tried to make sense of it but the circuits weren’t connecting. It was impossible and didn’t make sense. She felt like a robot who’d been given contradictory information: Does. Not. Compute. She started giggling hysterically at the robotic voice in her head, understanding she was quite possibly losing her mind, but more probably in shock.

Oh by the way, Max invites Bethany over for a little back yard cook out. And He grilled salmon… His specialty…
I see what you did there Marina Maddix…

So Max tells Bethany he’s a werebear.
And they hook up.
Decent sexy-time antics. Sweet, not super hot.

I found myself grinning at the part where Bethany’s friends are drunkenly (and graphically) interrogating about Max.

Everything was going well with Bethany and Max (and with the book in general in my opinion), but then Scumbag Landlord/Max’s Uncle shows up. He has a little heart to heart with Bethany. She realizes that there are added complications to having a relationship with a Werebear and she’s faced with a choice – the family she’s been hoping for, or the love of her life.

But here’s the thing, I didn’t buy Chet’s story for a second, and I had a hard time believing that Bethany could either. Chet was a douche bag to her constantly, even before she met Max. But I suppose that’s neither here nor there… She did believe him.

So now we have the overplayed “misunderstanding” climax in a romance novel that drives the characters apart.

And that’s where the book lost me. I felt like I knew everything that was going to happen from then on out, and I was right. Complete with HEA

Aside from the humor and the fact that the main character had an atypical body type, this book was predictable, formulaic, and really nothing special.
If you buy it as part of the boxed set, I’d say its worth it.